Abstract Yesterday, Minister of Commerce Chen Deming was elected as the president of the China Association of Enterprises with Foreign Investment. Chen Deming said that this year the WTO made a final review of China and the results were satisfactory. He also mentioned in his speech that it is expected that China's annual CPI increase will be controlled at around 5.5%, GD...

Yesterday, Minister of Commerce Chen Deming was elected as the president of the China Association of Enterprises with Foreign Investment. Chen Deming said that this year the WTO made a final review of China and the results were satisfactory. He also mentioned in his speech that China's annual CPI increase is expected to be controlled at around 5.5%, and GDP growth will exceed 9%. However, the economic situation will be more complicated next year and will face downside risks.

The peak of inflation has passed the pressure of economic downturn

Chen Deming said that the current economy is still slowly recovering, downward pressure is increasing, and the overall situation is very serious. The lack of momentum in the world economy, the continued deterioration of the European bond crisis, and the factors that are hampering recovery are increasing. These three aspects make the world economic situation next year unsatisfactory.

Chen Deming mentioned that the current relatively certain is the risk that China's economy will face downside next year. Factors such as the difficulty of increasing agricultural income, the irrational industrial structure, and the persistence of rising prices will be a huge challenge to the economy next year.

"Under the economic downturn next year, will commodity prices weaken? I don't think so. Because the fiscal policy and monetary policy to deal with the financial crisis have given birth to new liquidity, loose funds will speed up the price increase." Chen Deming said.

The issue of new commitments is currently being negotiated

This year is China's accession to the WTO for ten years. Chen Deming said that the last review of the WTO against China has ended. "The results are satisfactory. Now China wants to make new commitments. This is the main issue of current consultations."

Chen Deming said that when China joined the WTO ten years ago, it chose to bear tremendous pressure to make an advanced commitment. Now if the world needs China to make new commitments, China also needs the other side to provide something that can be exchanged.

Chen Deming said that he is the Chinese Minister of Commerce and needs to fight for China's interests. For example, he said that some countries require China to allow foreign investors to acquire Chinese financial institutions. His response is: "You have not opened up to me yet. How difficult it is for Chinese banks to invest in the United States."

Just in the middle of this month, Chen Deming also said during the APEC meeting that the openness of the Chinese market is the highest among developing countries, and it is similar to that of developed countries. "The commitments made by China's accession to the WTO have been fully fulfilled. If we believe that we have violated our commitments, we can give evidence and we can resort to the WTO." Chen Deming said that when referring to the financial industry that the US is concerned about, we currently allow US banks to build branches or sub-branches in China, but the acquisition of Chinese banks has restrictions on the proportion of foreign shares, which is China's commitment to the WTO. Now I want to give me extra, further openness, then you should at least consider what conditions to use to exchange with me, the two sides should find a balance of interest exchange. You have to fight for the interests of the United States, and I also want to protect the interests of my country and business. China is generally expected to further expand its openness, but it must be gradual and orderly to be in line with China's own development level.

The material of metal wire is metal wire rod & coiled bar and metal bar, the matel wire to be made by wire drawing equipment, annealing equipment and other specialized equipment. Through multi-pass drawing process and annealing, will be processed into different specifications of metal wire .

The metal wire be widely used in industry, agriculture, aquaculture, construction, transportation, mining and other fields . 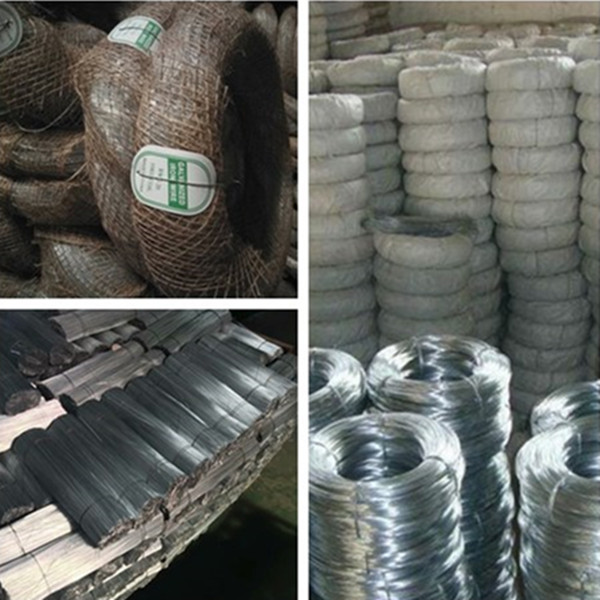